Version "laitière" de chez Vermeer, oeuvrant sa tâche de linges sales accompagnée et décalée par les voix des "étoiles populaires" (Khaled et Faudel) sous les applaudissements des fans d'easy raï.Genre scene depicting a woman at work, a oriental version of Vermeer’s Milkmaid, working her daily task of dirty laundry. This scene is shifted by the voices of the popular rai stars, Khaled and Faudel, it’s a live version with the voices and applause of the fans of a concert of the famous 1, 2, 3 Soleils in Paris in 1998. Raï is a music style that originated in Algeria in the 1930s. It appealed to young people who sought to modernize the traditional Islamic values and attitudes. Regional, secular, and religious drum patterns, melodies, and instruments were blended with Western electric instrumentation.
«The song is in French and indicates a transcultural space, connecting French and Algerian cultures. It signals further cultural and temporal complexities if we consider its allusion, via the name ‘Aïcha’, to the last wife of the Prophet Mohammed, as well as its production by Khaled in collaboration with the Jewish singer Goldman. A ‘transcultural space’ is indicated also by the implicit association of the women in the film and the lyrics Khaled attributes to Aïcha: responding to the man in the song who tries to win her over with pearls, jewels, poems and other luxuries, she sings that she would rather have respect, love and equal rights, than be rich but imprisoned.»
Siobhan Shilton in Transcultural encounters
2001
7mn20s
DV Format 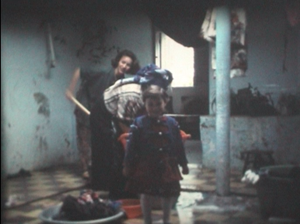 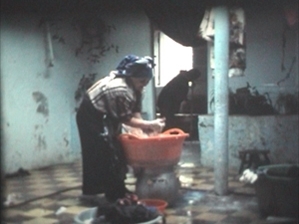 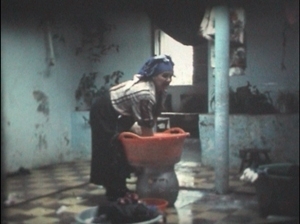 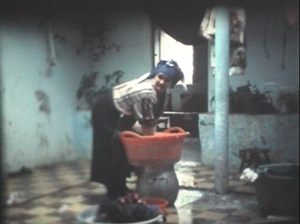